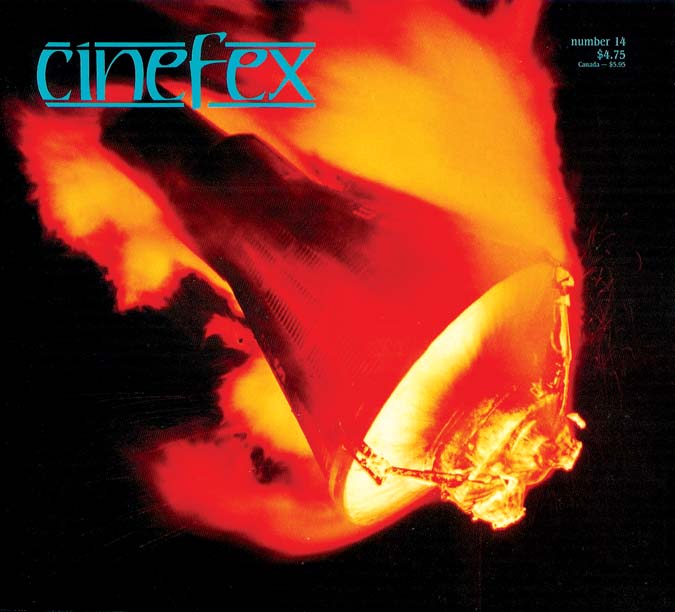 When Phillip Kaufman set out to film The Right Stuff, he was faced with the task of creating believable flying effects — of familiar real-world aircraft and space vessels — that could be convincingly intercut with Air Force and NASA documentary footage. To accomplish the job, he engaged experimental filmmaker Jordan Belson and USFX effects supervisor Gary Gutierrez. What followed was a two-year odyssey of discovery and growth, during which all three found that high technology did not always produce high satisfaction. Article by Adam Eisenberg.

More than a decade after Silent Running, effects maestro Douglas Trumbull landed his second directing assignment on Brainstorm, only to become embroiled in a debilitating two-year struggle just to see the film completed. A key element in the postproduction effort was the creation of a point-of-view representation of the death experience — an eerie journey through a figurative heaven and hell that dominates the film’s climax. Trumbull, effects supervisor Alison Yerxa and six other members of the crew, discuss the unique production. Article by Brad Munson.

With Twilight Zone – The Movie, four top-notch directors joined forces to extract the essence of Rod Serling’s ever-popular teleseries and transform it into a theatrical experience worthy of its progenitor — an anthology of filmic fantasies, old and new, ranging from the poignant to the harrowing. Though special effects, in general, were to take a back seat, two of the film’s episodes featured exuberant displays of makeup prowess and postproduction opticals — discussed in detail by the principals involved. Article by Don Shay and Paul Sammon.